Cola is a Potion

For many reasons, I find the history of the cola beverage fascinating. The main reason, though is for its connection to the world-spanning legacy of the timeless bond between humans and medicinal herbs.

As slick and commercial as it has become in modern times, that red and white logo of the oldest cola company serves only to remind me that this bastardized sludge I'm drinking is proudly descended in an unbroken line from that first, pure elixir that jolted the minds of the ancients with a new clarity.

Recently, I attended the Red Bull Flugtag. The concession stands there were selling something called Simply Cola. Of course I had to try it. The flavor was very unique and I was surprised by the list of ingredients on the can.

After that, I tried to find Simply Cola in stores but soon discovered that Las Vegas was the only test market for Red Bull Cola in the USA. So I logged on to eBay and ordered a case. My package arrived this morning. Upon opening it I discovered just a few, tiny 1 oz. sample cans of cola. The rest of the compartments in the crate that should have contained cola held instead cigarette packs and empty cans and bottles. I had been eSwindled!

Then I woke up. It was just a dream. My real package arrived that same day and it contained real cans of real cola and I drank them and I was happy.

It took me a long time to finally post this article. Now you can find Red Bull Simply Cola at many Plaid Pantries in my town. If you are a fan of caffeine, cola or things like magical snake oil I urge you to seek out Simply Cola at a convenience store near you or even online at Amazon

. Also, check out these neat images at LovelyPackage.com. 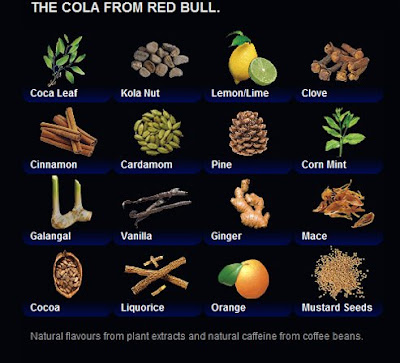 Brilliant. I suspect all these medicinal elements are to keep whatever normal red bull is from devouring your liver.